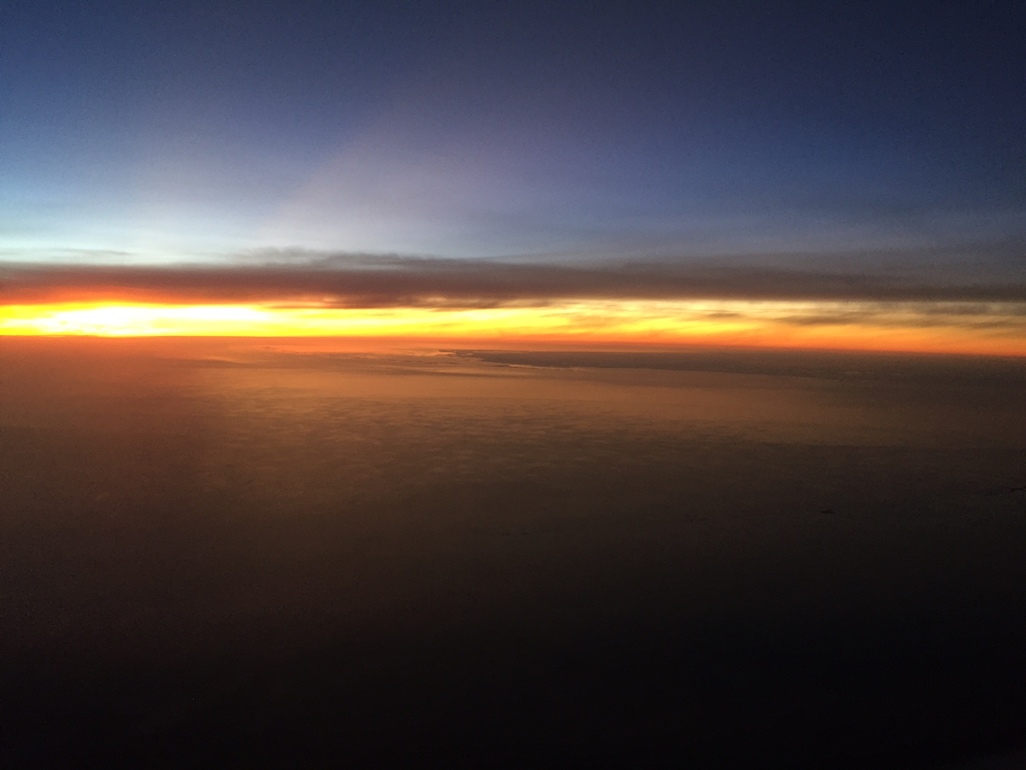 Canadian Aviation Pride started in 2008 as an idea to have a small group of pilots in Toronto that could get to know each other in a safe place, and could network. Social gatherings took place, such as condo parties, brunches, and outings. It was a way for LGBTQ+ aviators to connect and socialize. This small group started to expand and pilots from across the country began to get involved.

Two main centres for social events evolved, namely Toronto and Vancouver, with Vancouver holding its first year-end gathering in December 2008. Our famous rainbow aircraft necklace made its first appearance in the summer of 2010, our signature wings logo designed by Peter Litherland with graphic design by Mike Knox in 2011, and baseball caps with our wings logo at the end of 2011. Our website at that time was named www.gaypilot.ca.

In 2012 the group started to change. There were more than just pilots - aviators from many different areas of the industry, including enthusiasts and supporters, were getting involved.

In the spring of 2013 the name 'CANADIAN AVIATION PRIDE' was hatched as we evolved from a loose collection of gay pilots to being a more inclusive organization.  Our membership included women and trans members, as well as Engineers, Air Traffic controllers and other groups involved in Aviation, all of whom wished to have a safe, supportive and welcoming group to socialize with.  After a vote of the Directors, the official name change occurred on 27 June 2013.

The group attended its first pride events that summer, in both Toronto and Vancouver, where information booths were set up and attendees marched in the parade. The website was changed from www.gaypilot.ca to www.canadianaviationpride.org. A Facebook page and group were created and a twitter account as well.

In 2014 more social events were created, however pride still remained the big focus to foster awareness and recognition of the group. Two year-end parties concluded that year.

In 2015 the group decided to become an official not-for-profit organization and it it achieved this through incorporation under Industry Canada’s Not-for-profit Corporations Act in January 2016. Along with this it established an approved set of Bylaws. Events were planned and published for the entire year. More communication to members was established via a monthly newsletter, which is sent out via email.

In 2016 events such as ATC and aircraft factory tours, career expos, air shows, hikes and pub nights were added to broaden our range of activities, and in Toronto our first joint international event was held with a similar organization from the United States. Late in 2016 a nucleus for a social group in Calgary was established to continue the development of networking opportunities for LGBTQ+ Canadians passionate about aviation.

In 2017, after a change in Chair and several Director positions, CAP started on a progressive process of formalizing itself to reflect its Not-For-Profit status, developing proper books of accounts, Financial Management Procedures, and Duties and Responsibilities for Directors. Our first Income Tax Return was filed with the Canada Revenue Agency, and in late summer a substantial revision was made to the Strategic Plan. This allowed the development of the first Action Plan and annual Budget. Six different booths were operated at a variety of Pride and Career fairs, and a regular monthly newsletter was published and sent to the over 500 subscribers. In late fall a new group was founded in Montréal, adding to the existing social groups in Vancouver and Toronto.

In 2018 CAP started to develop partnerships with aviation companies to help them with LGBTQ+ issues.  Our focus was on developing resources for diversity and inclusion programs, including chairing an inter-company committee to develop fact sheets, and writing articles on practical aspects of inclusion programs.  The result was CAP’s first industry sponsorships, and since then we have continued developing productive connections with a significant number of Canadian aviation organizations and other not-for-profit agencies.  We attended two different diversity and inclusion seminars, and ran and published our first diversity and inclusion survey.  All year we celebrated our first 10 years of operation sporting a custom gold maple leaf logo on our newsletters and website.

We moved the 2019 Annual General Meeting to March to allow for timely submission of the previous year’s financial statements, and this was a busy month with an ICAO invitation to attend the Nancy-Bird Walton Memorial Address with speaker Qantas captain Lisa Norman, our first Aviation Mentoring Event for LGBTQ+ Youth hosted with the Canadian Centre for Gender and Sexual Diversity and sponsored by Jazz Aviation and 12 other sponsors and partners.  We made the first change to our CAP vision statement to move away from an inward view of what we see for CAP, to an outgoing view of how we see our community and industry:  “A culture of inclusion in Canadian aviation, where both the LGBTQ+ community and individuals are respected, welcomed and valued.”

After many years of having a Chair and a Vice-Chair leading the Board of Directors, we divided the work of the Chair across two equal positions, promoting a more inclusive way of making decisions, and maintaining a high standard of response to communications. In April we held a booth at Oshawa’s “Girls Take Flight” and we were honoured to have Nav Canada once again give us a major donation to sponsor all our Pride booths for 2019.  In June we held our second annual joint pre-Pride pub night with the NGPA, which was highly successful.  All this while we continued our Diversity and Inclusion work producing articles and fact sheets for our website resource page, some in collaboration with representatives of Canadian aviation companies.

It is an enjoyable and rewarding journey, so join us, and help us together chart a path for the future.